Why Aren't Breaches Going Down? If Cybersecurity Budgets Are...
Cyber Attacks

Most Common ‘Human Errors’ in cybersecurity and preventive Tips...
Technology

IT Tools Every Sysadmin Should Know in 2022

IT Tools Every Sysadmin Should Know in 2022 WireShark http://www.wireshark.org/ Wireshark is the...
Marketing

How to secure your E-Commerce Websites.

As a site owner that handles online payments, however,...

The acquisition, Google’s second-biggest ever, signals that the Alphabet Inc. company has stepped off the sidelines of large dealmaking despite intense regulatory scrutiny. As it seeks to expand its third-place cloud-infrastructure unit, which sells computing power and storage via the internet, buying Mandiant will give Google a fuller range of software tools to protect clients by responding quickly to online threats.

Building up the cloud business is one way Google is working to diversify from digital advertising, which comprises the bulk of its revenue and profit. Under Thomas Kurian, who took over as the cloud division’s chief executive officer in 2019, Google has aggressively pursued new business, working to make the service more reliable and revamping its partnerships to engineer bespoke projects for more clients. Mandiant will help Google sell a more holistic set of security programs that seek to prevent cyber intrusions and help cloud-computing customers detect and fight any attacks that do get through.

Google will pay $23 a share for Mandiant in the all-cash deal, the Mountain View, California-based company said in a statement on Tuesday. Mandiant will be organized under Google’s cloud business at the close of the acquisition, expected later this year, Phil Venables, Google Cloud’s chief information security officer, said in a briefing. He brushed off concerns that the regulatory review process may be a long slog, saying that the deal enhances competition in cybersecurity and suggesting it will pose a more serious challenge to Amazon.com Inc. and Microsoft.

Microsoft was also interested in Mandiant, but pulled out of talks more than a week ago, said two people with knowledge of the deliberations who asked not to be identified because the negotiations were private.

Google’s cloud division sales grew 47% in 2021, but competitors maintained stubborn leads — as of the fourth quarter of 2021, Google held 10% of the cloud-infrastructure provider market, while Amazon Web Services commanded 33% and Microsoft’s Azure captured 21%, according to data from Synergy Research Group.

Kurian has targeted cybersecurity as a key area for growth, with Google buying security automation and response company Siemplify for a reported $500 million in January, meant to complement an in-house product called Chronicle.

The deal “shows Google’s commitment to becoming a viable, competitive security vendor,” said Neil MacDonald, a research vice president at Gartner Inc. “Mandiant fills in a missing piece, which is strengthening up the security research capabilities of Google and it brings a detection and response platform to Google that Chronicle alone did not have.”

There’s been a flurry of dealmaking in cybersecurity in recent months, as governments and companies contend with a growing number of hacks and global anxiety escalates over the potential ripple effects in cyberspace from Russia’s invasion of Ukraine. Mandiant has frequently detailed nation-state hacking activity, including cyber-espionage from Russia and China, as part of its threat-intelligence offerings.

The security company was founded almost two decades ago by Mandia, a former U.S. Air Force officer, and has gained a reputation for its incident-response services. Its discussions with Google, first reported by the Information website, sent shares of Mandiant up 16% at the close of trading on Monday.

But Mandiant slid more than 2% Tuesday, signaling investors had been anticipating a bidding war. Microsoft ended its takeover discussions on concerns that Mandiant’s collection of security businesses wasn’t a good enough strategic fit, according to a person familiar with the situation.

Mandiant became a stand-alone company last year when FireEye Inc. sold its security-product business for $1.2 billion to a consortium led by Symphony Technology Group. FireEye had acquired Mandiant in 2013.

The deal will dwarf every previous Google transaction other than its 2012 acquisition of Motorola Mobility for about $12.5 billion. Still, “Google has ample capacity for a growing M&A appetite,” Robert Schiffman, an analyst at Bloomberg Intelligence, wrote in a note. The company is able to generate more free cash flow in just one month than the cost of Mandiant, he said. 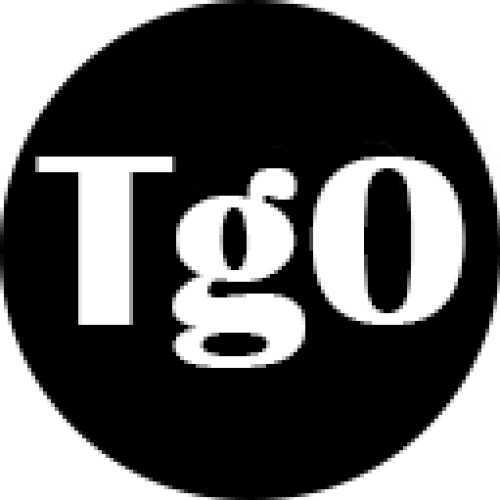 Technogeek Onlinehttps://technogeek.online
Technogeek Online mission is to be a digital for technical decision-makers to gain knowledge about transformative technology. We deliver essential information on cyber technologies and strategies to guide you as you lead your organizations. We are inviting you to become a member of our community.

- Never miss a story with notifications

- Browse free from up to 5 devices at once

IT Tools Every Sysadmin Should Know in 2022 Our mission is to be a digital for technical decision-makers to gain knowledge about transformative technology. We deliver all essential information on technology and strategies to guide you as you lead your organizations. We are inviting you to become a member of our community.

Why Aren't Breaches Going Down? If Cybersecurity Budgets Are...

Most Common ‘Human Errors’ in cybersecurity and preventive Tips...

Why Aren't Breaches Going Down? If Cybersecurity Budgets Are...

Most Common ‘Human Errors’ in cybersecurity and preventive Tips...

© 2022 Technogeek Online. All Rights Reserved. Designed by ETSPL. Made with ❤ in India.

We use cookies on our website to give you the most relevant experience by remembering your preferences and repeat visits. By clicking “Accept All”, you consent to the use of ALL the cookies. However, you may visit "Cookie Settings" to provide a controlled consent.
Cookie SettingsAccept All
Manage consent

This website uses cookies to improve your experience while you navigate through the website. Out of these, the cookies that are categorized as necessary are stored on your browser as they are essential for the working of basic functionalities of the website. We also use third-party cookies that help us analyze and understand how you use this website. These cookies will be stored in your browser only with your consent. You also have the option to opt-out of these cookies. But opting out of some of these cookies may affect your browsing experience.
Necessary Always Enabled
Necessary cookies are absolutely essential for the website to function properly. These cookies ensure basic functionalities and security features of the website, anonymously.
Functional
Functional cookies help to perform certain functionalities like sharing the content of the website on social media platforms, collect feedbacks, and other third-party features.
Performance
Performance cookies are used to understand and analyze the key performance indexes of the website which helps in delivering a better user experience for the visitors.
Analytics
Analytical cookies are used to understand how visitors interact with the website. These cookies help provide information on metrics the number of visitors, bounce rate, traffic source, etc.
Advertisement
Advertisement cookies are used to provide visitors with relevant ads and marketing campaigns. These cookies track visitors across websites and collect information to provide customized ads.
Others
Other uncategorized cookies are those that are being analyzed and have not been classified into a category as yet.
SAVE & ACCEPT
Go to mobile version